Pawtuxet’s Stillhouse Cove has undergone a remarkable transformation. Since 2004, almost $1 million has been invested in projects that have restored the 3-acre salt marsh, protected the embankment from erosion, enhanced the parkland, replaced a derelict boat ramp, and calmed traffic.

Stillhouse Cove Park is managed by the Edgewood Waterfront Preservation Association (EWPA), a non-profit incorporated in 1996. EWPA has developed partnerships with agencies and organizations critical to the funding and installation of these great projects. Partners include: Save the Bay, the City of Cranston, DEM, CRMC, the US Natural Resource Conservation Service, the Narragansett Bay Commission and the Edgewood Garden Club. 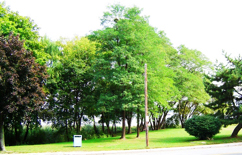 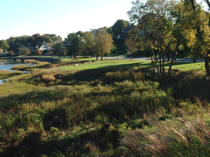 Improvements in a coastal zone are very expensive, require environmental permits, and have to be carefully managed. Projects are complicated and time-consuming. However, EWPA and its partners have been tenacious. The result? Note the following projects and milestones completed in the past fourteen years:

Coastal erosion project. Stone rip-rap was installed on about 1000 linear feet of the southern embankment, and the embankment to the north was cleared and planted with special “warm season” grasses, with root systems capable of holding the steep slope in place.

Salt marsh restoration project. The invasive phragmites grasses were cut away. The 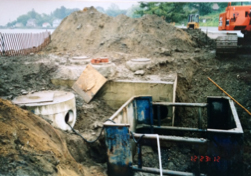 Installed “Vortechnics” catch basin units in the lawn area, capable of filtering out sand, metals and other contaminates before reaching the marsh. 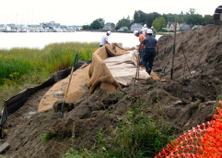 Water service and sprinklers installed on lawn area, which was regraded and reseeded as well.

Narragansett Boulevard traffic calming installed, including two speed tables and a new rotary at the intersection with Ocean Avenue. 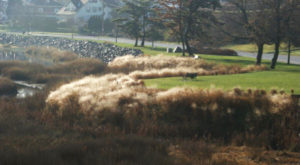 EWPA has ongoing initiatives and the annual Cove Clean Up every April. Pawtuxet neighbors who use or appreciate Stillhouse cove are encouraged to check out www.stillhousecove.org and sign up to become a member. Thanks for your support!

The Edgewood Waterfront Preservation Association (EWPA) is a non-profit 501(c)3 organization dedicated to the improvement and care of Stillhouse Cove.